Who Is Gary Fink

A Little About Me... 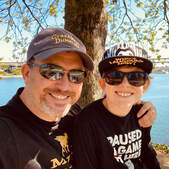 I spend most of my days with amazing people that let me into their lives/stories, so I feel it only right to let you into mine a bit as well.  I lived in New York for the first 30 years of my life, where I studied and received my Bachelors in Psychology then went on to get my Masters Degree in Counseling and Systems Theory.  After finishing Graduate school, I had an idea for a product that I wanted to make.  I convinced my very good buddy to start this venture with me and forgo our trip to Europe.  He agreed and AtmoSphere Trackballs were born.  A bit more on this later.  I started a publication called the Hofstra Student Saver, which was filled with advertisements and discounts from various nearby vendors for the students to help pay my expenses.  I secured a graduatship at the University of Hofstra assisting graduating students with their resumes, interview skills and connecting them to potential employers.  I spent several years working in the non-profit sector developing and overseeing various programs from Mental Health, homelessness  to Affordable Housing projects including starting a non-profit mortgage lending service.  After leaving NY, I moved to Florida to spend some time diving and snorkeling, looking at palm trees and ultimately deciding to start a family.   While in Florida, I had a call-in talk radio show for a little while, which was so much fun and a funny story (more on this later).  After I learned that my son would be entering the world and my life, I knew that Florida was not the place I wanted to raise my son (no offense to Florida, sorta). l fell in love with Portland and the West Coast and moved here just in time for my son to be born as a native of our new home.  We moved here during the Great Recession, leaving our homes, friends and family behind.  To this day my friends back east still call me crazy.  It was a complete blank canvas and a bumpy start, but I would do it all over again.  I have dedicated my life to helping others get out of their comfort zones and take chances, and if I was not willing to do the same, then I would be a hypocrite. Being a Dad is the most important and rewarding thing in my life and I feel so fortunate to be able to have this experience, he makes be a better person every day.   A close second is the work that I do with MyPDXLifeCoach, Inc.  The work we do and the relationships that I am so fortunate to be a part of is beyond rewarding.
Ultimately, I wanted to combine my scholastic and practical skills with my entrepreneurial passions, so I started MyPDXLifeCoach, Inc., where I have been able to work with individuals, relationships and companies that are stuck in their current situations or patterns and are ready for change.  The absolute core of the work I do, is helping others get Un-Stuck through Personal Coaching, Relationship Coaching, Job Coaching and Executive Coaching.  I absolutely love the work I do and find it incredibly satisfying watching my clients reach their goals.  It is hard work at times, but often fun and always effective.
My goals for MyPDXLifeCoach, Inc. and MyPDXExecutiveCoach, Inc. in the coming years is to establish a Coaching Center filled with True Experienced Professionals with different lenses and skill sets to partner with more people and companies in our community.  We will focus on individual coaching but will also do a lot of corporate work, including Staff development, presentations, Executive Coaching, Business Planning, Hiring Assistance and more.
WHAT ARE ATMOSPHERE TRACKBALLS? 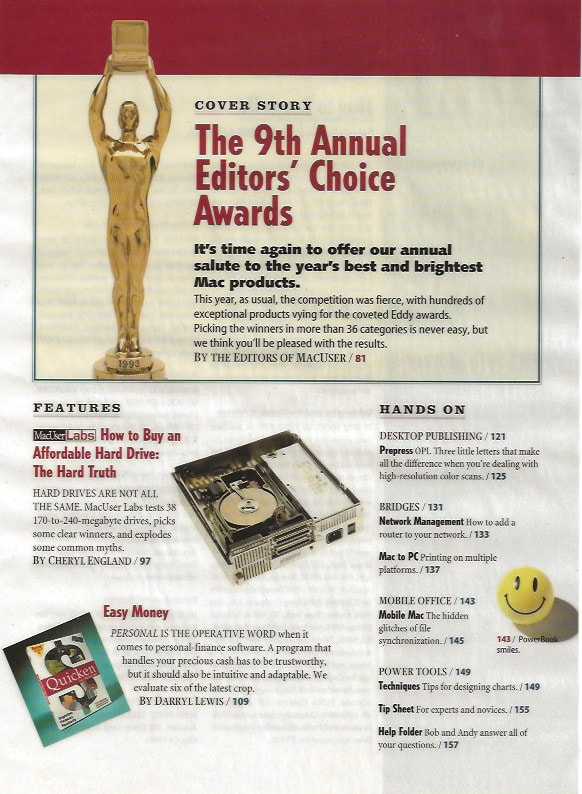 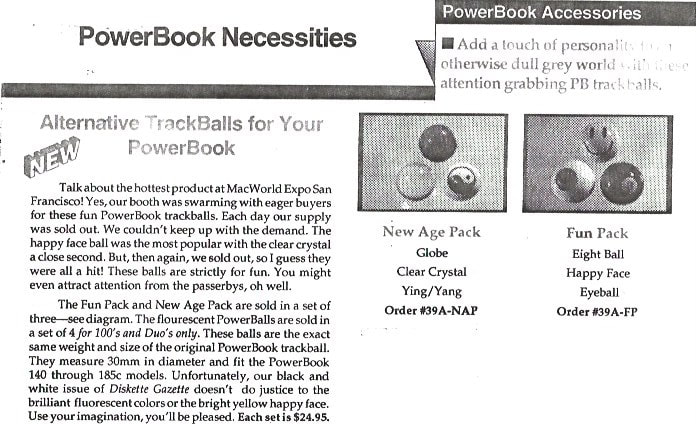 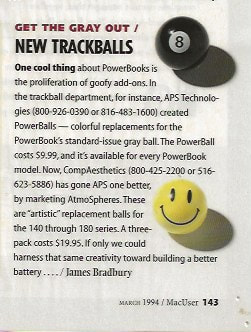 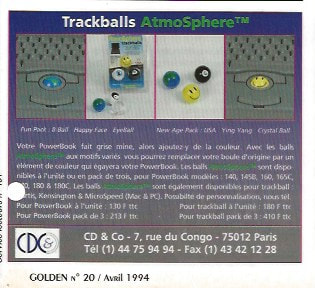 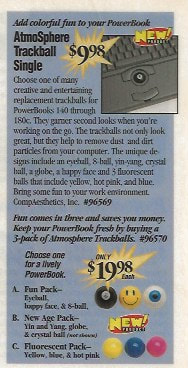 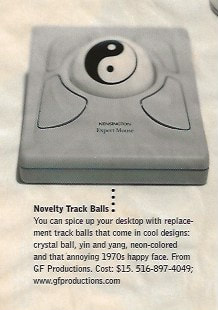 It's quite simple.  When I was in graduate school everybody started to get laptops and people were into personalizing what they looked like, either physically or with screen savers.  I was working on a paper for one of my classes and kept thinking how funny it would be if I could replace that dull gray trackball with something more fun, like an eyeball or a globe.  As with most ideas, I figured it was just a fleeting thought that I would feel was ridiculous the next day.  As the days went by, I knew I wanted to do this.  I mean there were millions of these computers out there and I couldn't be the only person who would think this was a fun idea.  So, as I said, I mentioned it to my friend and thankfully he didn't think I was completely crazy.  We went on to figure out how to take an idea and bring it to the market with absolutely no experience.    I had to speak with actual adults to invest fairly large sums of money into a company run by 2 "young adults" for a product that doesn't exist and is completely unnecessary.  To make a very long story short, I figured out how to write a proposal, get capital investors, manufacture, package, market them (without the internet, Amazon or Etsy) and eventually sell them in over 23 countries. It was so much fun and such a great learning experience.   I actually have a new idea for a new silly product  that I might want create (now that I know how) and we have this new thing called the internet), but we'll see.
WHO IS FINK THE SHRINK?

I was living in Florida.  Mo and Sally was a very popular show with a huge following.  My partner at the time was a huge fan of the show and asked me if I would go with her to the Blue Martini to watch them broadcast their show.  I though to myself, I like martinis.  I have to confess, that I didn't know who Mo and Sally were.  While watching the show and sipping on my martini, I had this strange thought that I could speak to them and pitch an idea to have a Coaching call-in show.  At the very least, I figured it would impress my partner.  I approached them during one of the music breaks and I got what I would have expected, a smile and "that's an interesting idea".  I walked away feeling satisfied that I approached them, impressed my partner and knew that I wouldn't actually have to do this.  All in all, a good evening.  The very next day, I get a call from Mo, "Hey Gary, we thought abut your idea and we love it.  Can you please come to the studio tonight to start the show".  It was at this time that I had a much better understanding of what a panic attack was.  To be clear, I had never done this before and there was absolutely no game plan, no structure, no orientation ... NOTHING!.  I said Yes.  As I left to drive to the studio, I made my partner promise me not to let anybody know this was happening, because this was definitely going to be a shit-show (sorry, there were no better alternatives).    As I'm driving to the studio, I tune into WRMF and immediately hear Mo announce that Fink The Shrink is coming in to start a new show and to get ready to call in with your questions.  They gave me the name as my parents gave me my birth name with absolutely no choice.   I get to the studio and am waiting outside the sound booth.  Mo sees me and gives me the hand gesture for one minute.  Im still thinking, one minute until what?  I also realized that I can still simply drive away.  I get into the booth and get my awesome 60 second orientation which was basically showing me the fart/belch/sneeze button, which you press when, you guessed it.  The first call comes in and the connection was so poor that we got disconnected.  I was so thankful for this, as I needed to get one out of the way fast and the poor connection was a perfect excuse for a bad start.  The next call that came in was from a young woman in a poor relationship.  To my surprise the call went well and I was able to completely camouflage my panic attach, I managed to give really good feedback.  Commercial break, a breath and a quick recap with Mo and Sally. They were happy with that, and that's all I needed to hear.  The next call comes in, it is the boyfriend of the first caller.  The anxiety comes right back, but I managed to navigate this one even better than the first, I gave good feedback and we had a lot of laughs.  After that call, the light board lit up like a Christmas tree and off we went.  I came to learn that my partner decided to tell everybody about the first show.  Not that it is at all related, but we are no longer together.  Shortly after a few shows it became a ton of fun.  Eventually, Mo and Sally wanted to move their show to an early morning slot and move to Miami.  I had to tell them that I had to pass as it didn't fit into the other obligations that I had.  We were both disappointed, but there you have it.  I still think of doing something like this again, but we'll see.

THE PATH TOWARDS LIFE COACHING AND MYPDXLIFECOACH, INC.